I had hoped to spend the next couple of days on Orcas Island, so got up early in the morning to make the best of the day. Friday Harbour looked picture perfect as I left on yet another car ferry. 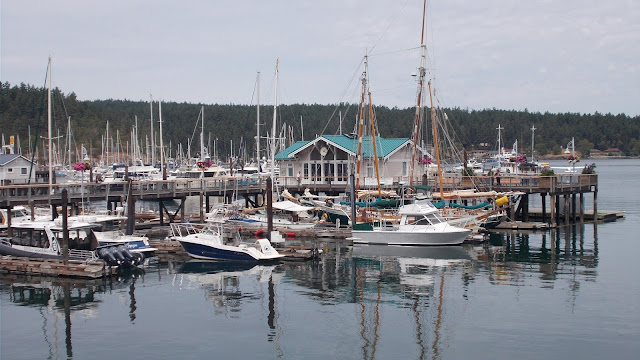 Somewhere out there is Orcas Island. The group of San Juan Islands is a cyclists paradise...too small for many cars and too big to tramp around. 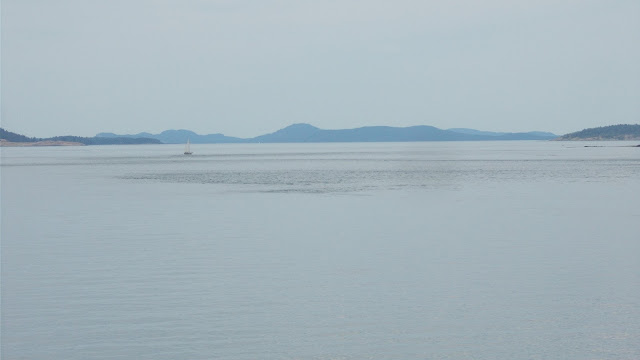 Arriving in the town of Orcas, I started on my way to Moran State Park. Not thinking I could get lost on a small island with very few roads, I didn't really consult the map. Of course I ended up going the long way (again) and climbing some hills, but eventually reached the park and my campsite. I had intended to stay here for two nights. There is a steep ride up Constitution Hill, but well worth it for a 360 degree view right around the island and that was my goal the next day. But at $25 a night for a tent site and having to pay for a shower, I was rethinking this plan. 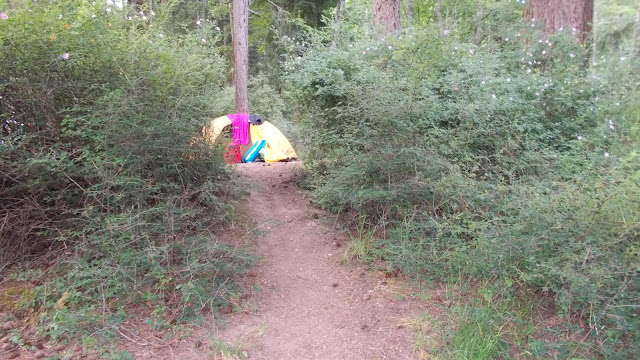 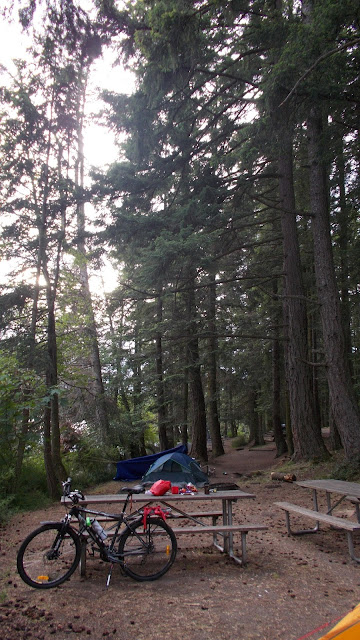 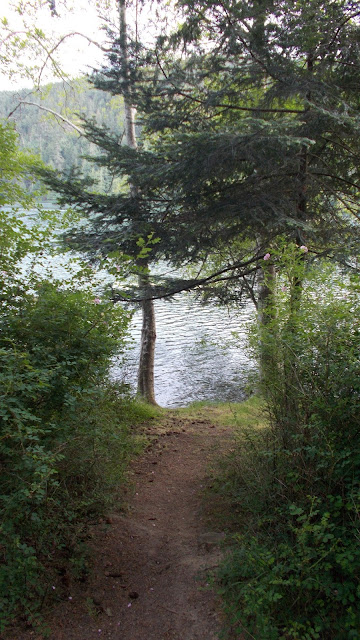 But no complaints about my camp site or the view. I walked down this track from my campsite to look at the view...in the short time I was away from camp, a cheeky squirrel stole a plum I had left on the picnic table! Lesson learned. Later on the Park ranger came around and helped me secure my food bag in a tree. Apparently there is one bear on Orcas Island and it is being a bit of a nuisance and he told me they think it swam over from another island. I felt sorry for this poor lonely bear and I hope they catch him soon and return him to his friends. 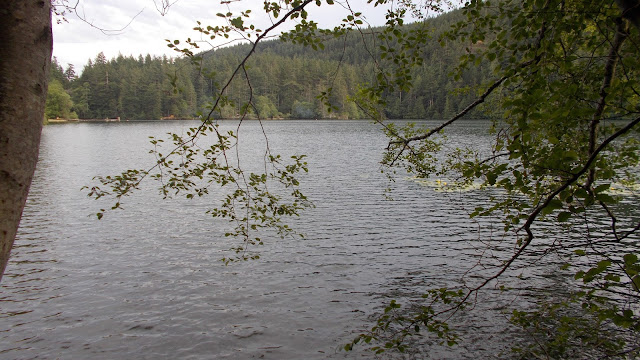 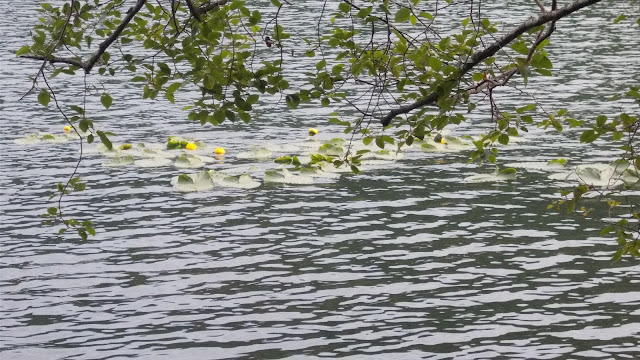 Waking up in the morning it was raining. Not a nice gentle rain but a teeming, soak you to the skin rain. That confirmed my decision to head off to Fidalgo Island, so I left a very wet Moran State Park. 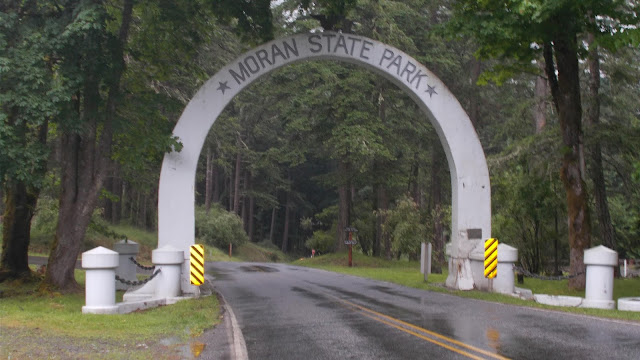 At least this time I took the right road with less hills and a much shorter ride. By the time I got to the ferry terminal at Orcas, I was saturated despite wearing my wet weather gear. Fortunately the pub was open and since I had a 3 hour wait for the ferry, it was the perfect place to dry out and eat a hot breakfast. A nice man called Bill went to his truck and came back with a towel for me to dry off with!

So then it was goodbye to a very brief, but 30 mile round trip visit to Orcas Island. Arriving on Fidalgo I made the decision to head into Anacortes for the night, find a cheap hotel room and try and dry my tent and gear out. Google was my friend and I found a cheap hotel with a vacancy sign, but when I walked in was told they had no vacancies, but his wife ran a Bnb nearby. I thought yeah right and its probably heaps more than the hotel room but I was wrong!
I got a lovely warm, dry room here for less than the hotel price and she me let wheel Birdy over the beautiful wooden floors to a laundry for storage. So thankyou so much Ana's Bed and Breakfast. 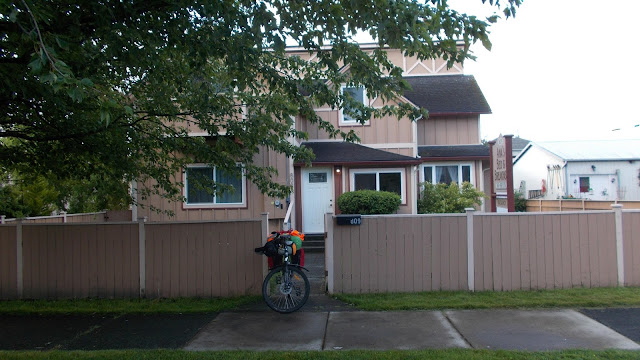 Got all my gear dried out, had a great pizza at a local bar, got to listen to band playing jazzy bluesy music and talked to some friendly people who decided I needed to drink red wine with them. It was such a fun night.

Beautiful day for the next leg of my trip and the last ferry ride. I was heading down the length of Fidalgo Island, crossing over Deception Pass and onto Whitby Island to hop on the ferry to Port Townsend.
I was going to follow the route from the Pacific Coast book which takes you on back roads, but after being told by a local cyclist that the steepest hills on the island are on that route, I stuck to the highway. I may have missed out on some views but the highway wasn't that busy and still picturesque. 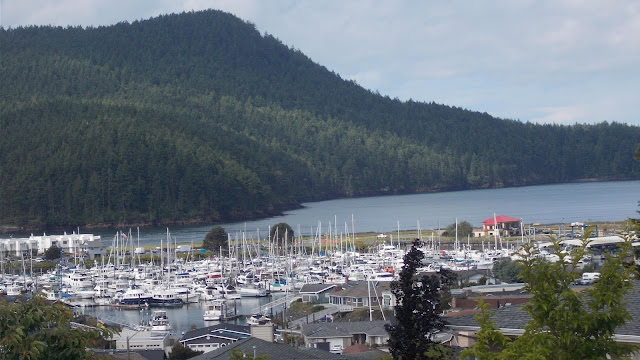 I loved the bridge at Deception Pass, it joins the two islands together and the view was spectacular. 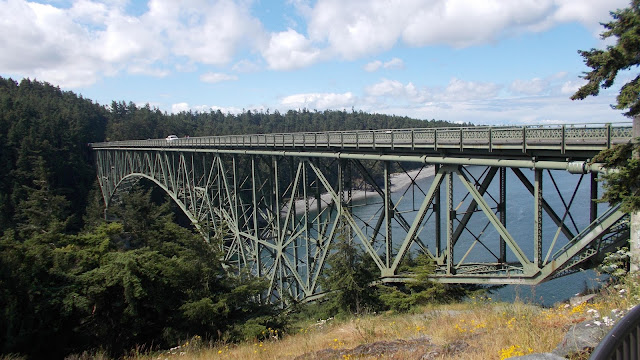 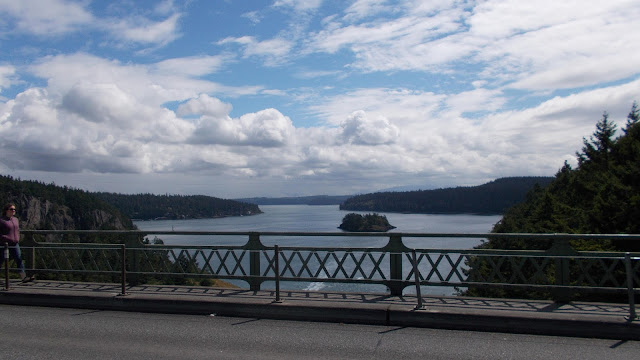 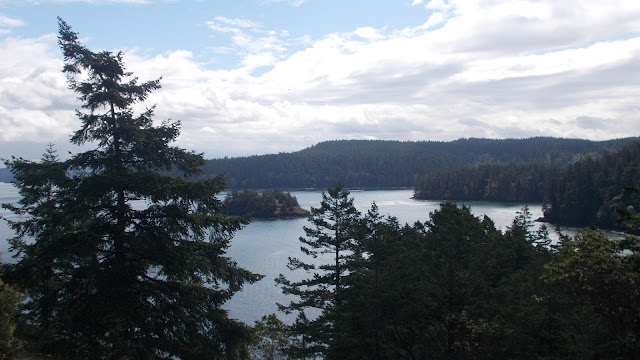 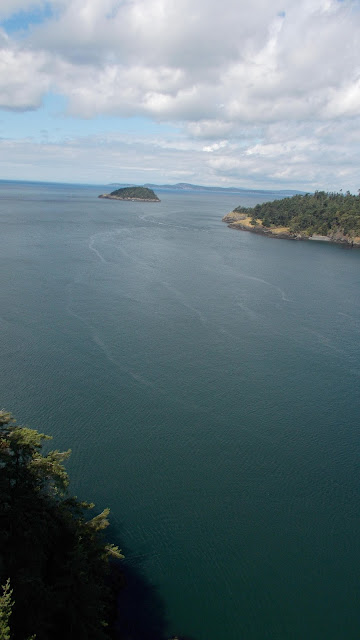 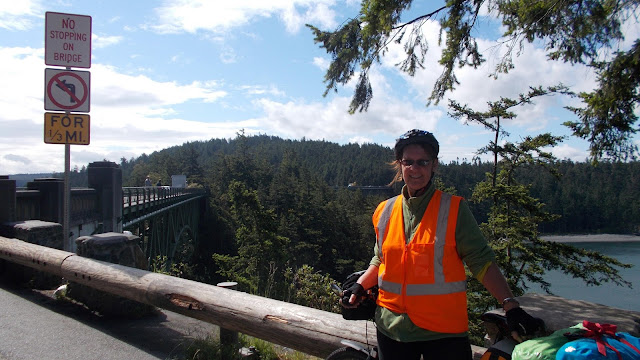 My goal was to get to Fort Casey on Whitby Island, and catch the ferry to Port Townsend which I did....eventually. My sense of direction got me lost again and I ended up riding along the Rhododendron Trail and missed the turn off to Fort Casey. It turned out not to be a huge problem in the end, I just approached the ferry terminal from the opposite direction and probably added a few more kms to the trip. 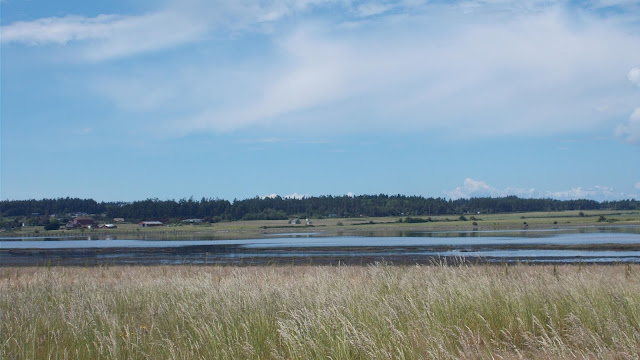 So last ferry ride for Birdy and I. The ferries have been great, fairly cheap and so easy to take a bike on.  I wondered at first about leaving all my gear on Birdy while she was downstairs on the ferry and I was upstairs enjoying the view, but not once did I have any concerns about the safety of her or my gear. 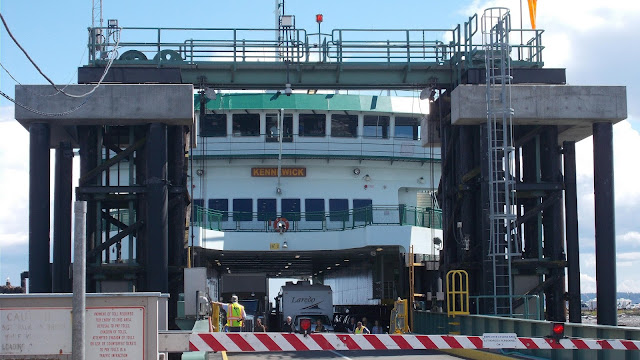 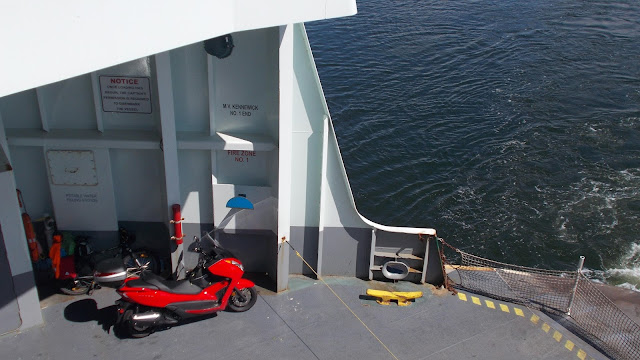 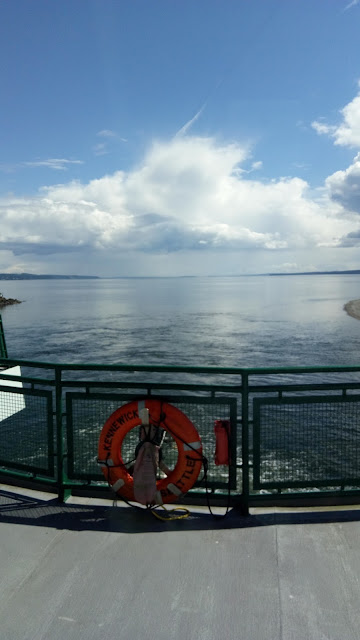 Pulling into Port Townsend harbour reminded me of a smugglers town...there be pirates in this town! but I will save that for the next post.