All of my riding at home has been on back roads and trails. I had never ridden on main highways or through urban areas until this tour.
Today I was heading to Astoria and over the Astoria-Megler Bridge. I had heard good and bad stories about the bridge and biking across it. With my lack of experience riding on roads I decided maybe the best thing would be to catch the bus from Ilwaco to Astoria...so for the grand sum of 50c I avoided riding over the bridge, which in hindsight I kind of wished I had now! 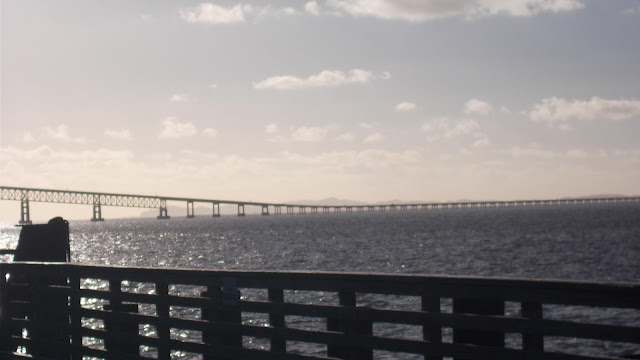 So today ended up pretty much being a non riding day. I had to pick up a parcel at the bike shop in Astoria, and since it was after lunch by then I decided to stay the night and explore the town a bit.
Got a bed at the Norblad Hostel and I can highly recommend this place..bike friendly, super clean, extremely comfortable beds and right in the downtown. I loved Astoria...some beautiful architecture, great micro breweries and quirky shops. I sat having a beer with some hipster dudes I met, hearing about life in Astoria and looking at a great view over the huge bay. 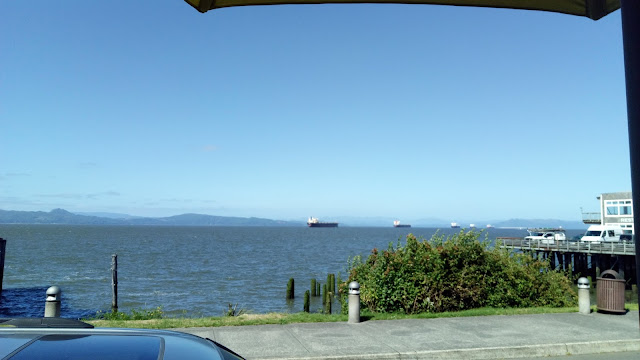 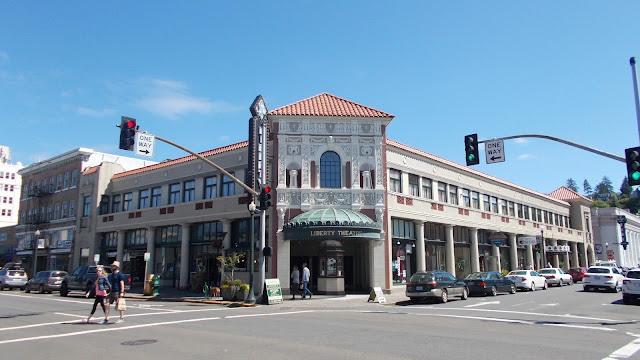 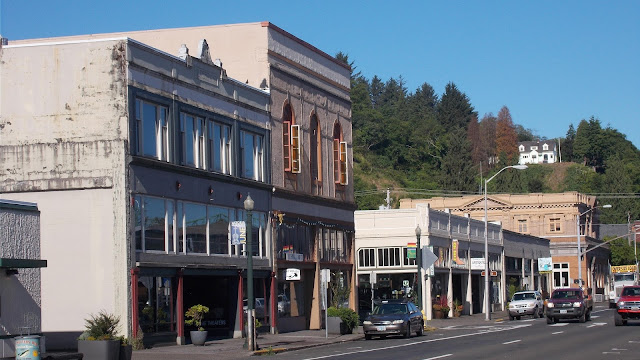 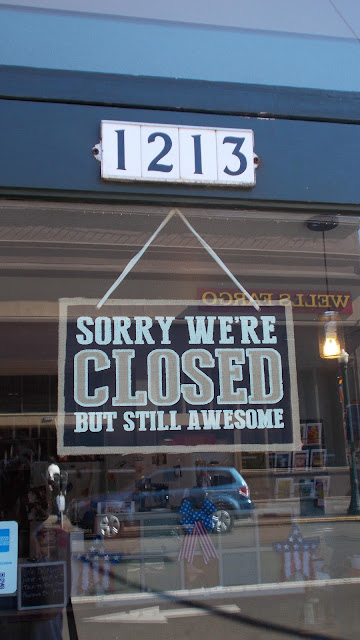 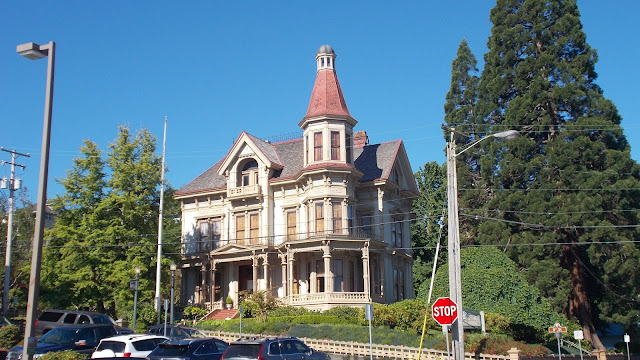 Had a great breakfast in Astoria, then headed off down the road. My goal today was Nehalem State Park...a nice easy 79kms. I love Oregon Highways...the shoulder is so nice and wide, lots of places to stop and look at views so it all made for a great days riding. 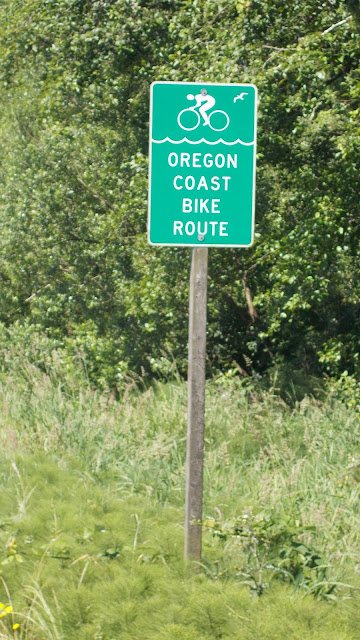 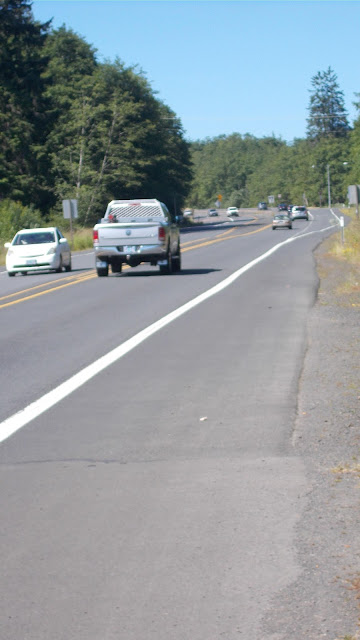 I stopped at Cannon beach for lunch. This is probably the first really touristy town I had been in, but given the time of year it wasn't that busy. But wow! the number of really bad souvenirs you can buy is overwhelming, probably a good thing I had limited room. The beach was very nice and I quite happily spent quite a bit of time munching on my lunch and people watching. 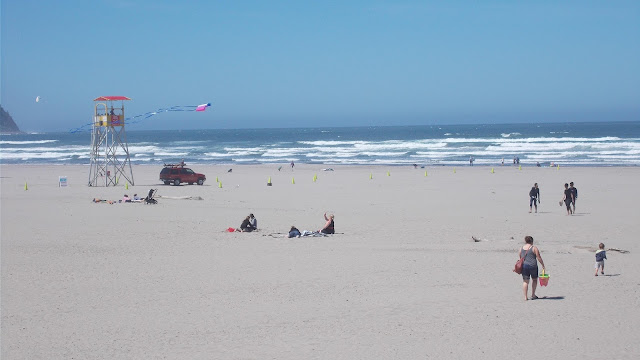 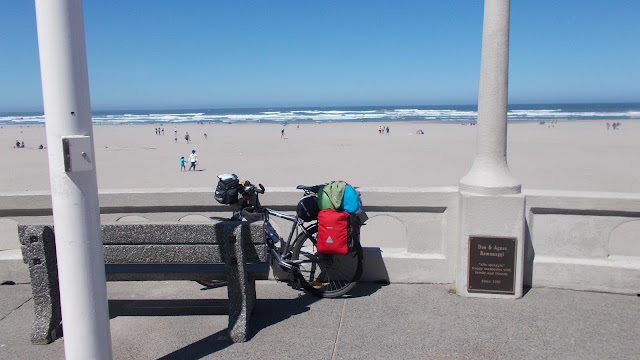 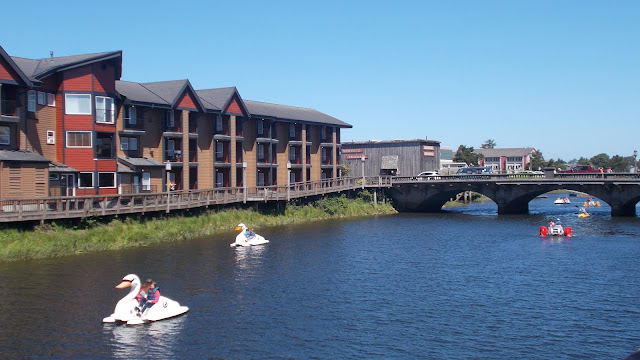 Next stop was Manzanita for supplies. I do like it when a State Park has a town not far away, means a nice fresh salad will keep until its time to eat. Had a couple of climbs but nothing major, and the views certainly made them worthwhile. 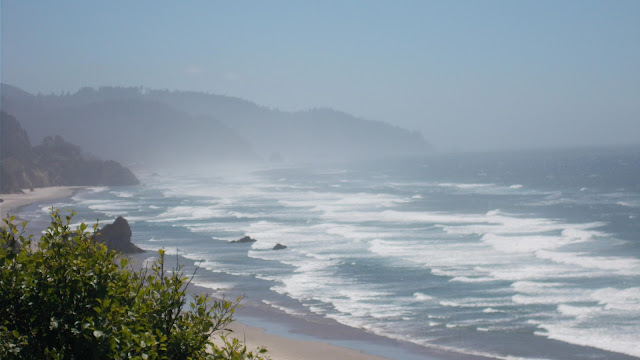 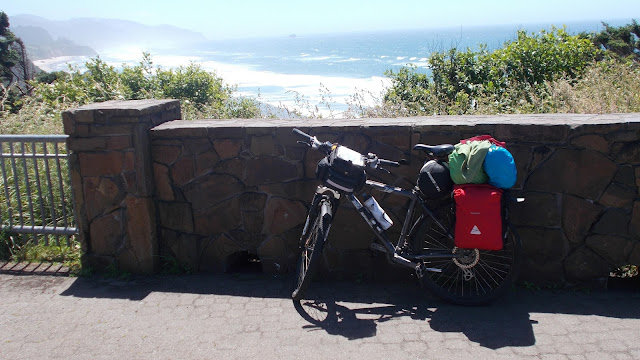 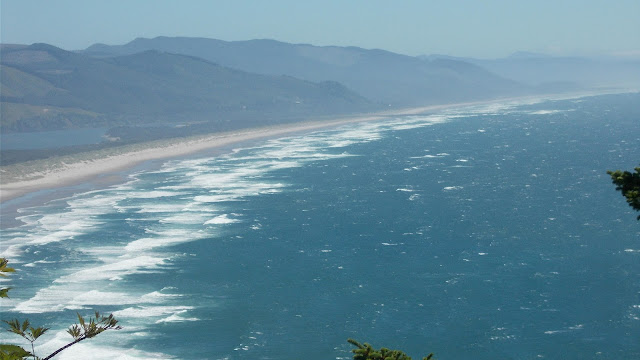 Also got to ride through the first of two tunnels. This was a nerve wracking experience....you press a button that lets cars know there is a cyclist in the tunnel, then you put your head down and pedal as fast as you can through and hope that you don't have a huge truck coming the opposite way. I think it wasn't so much the riding as the noise in the tunnel that made it kinda scary. 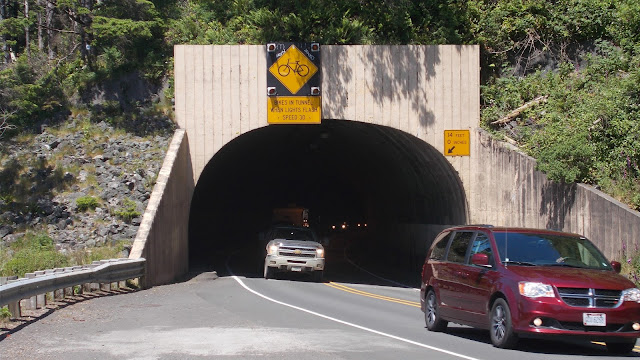 I really like Nehalem State Park..it wasn't the most beautiful place I had stayed in but I finally met some other touring cyclists! There were 5 or 6 other tents in the hiker biker site when I got there and a couple more arrived after me. I met Christophe from Montreal and Brett from Arkansas..these 2 guys were great and we ended up meeting up for quite a few nights after this. 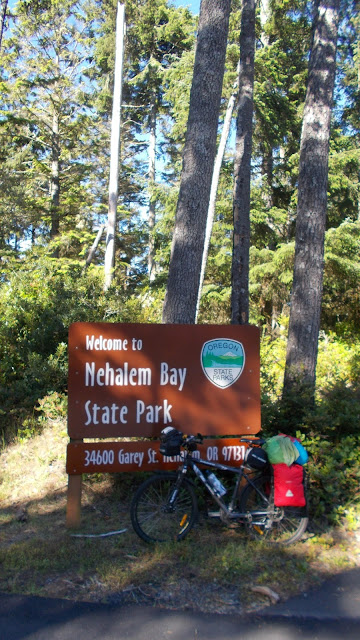 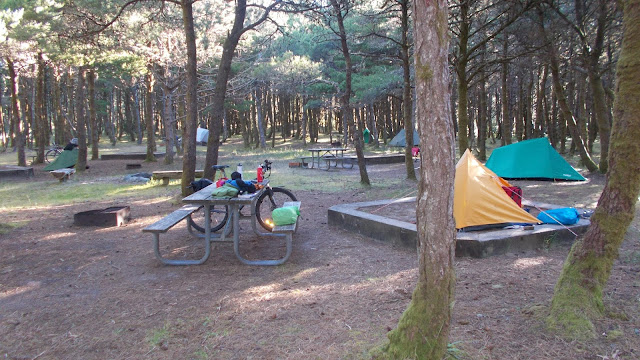 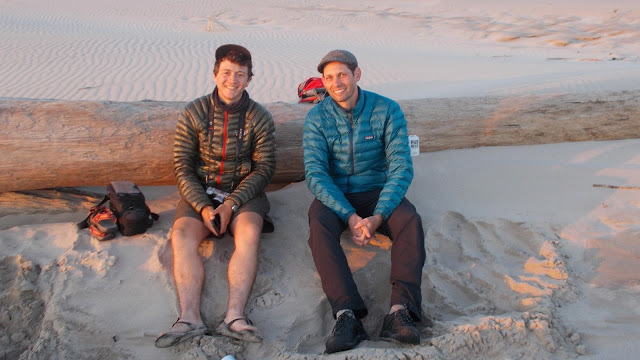 Nehalem has a beautiful beach and we wandered down to watch the sunset. I realised while I was watching the sun go down...I couldn't remember the last time I just sat somewhere with such a good view and watched a total sunset. 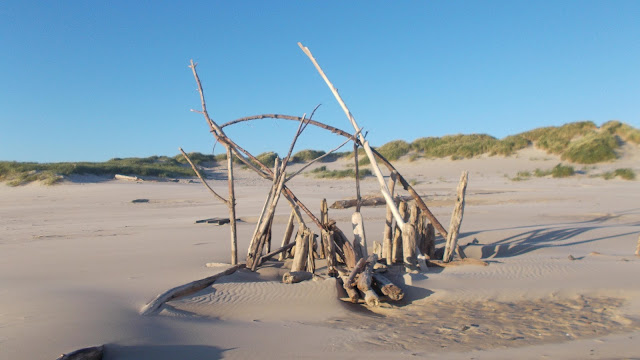 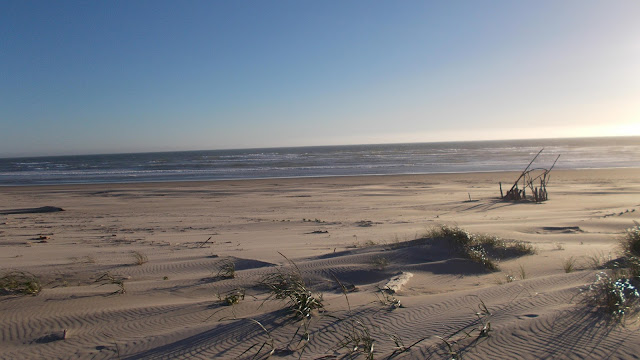 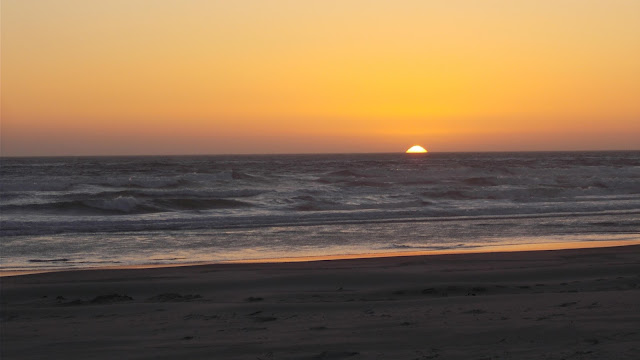 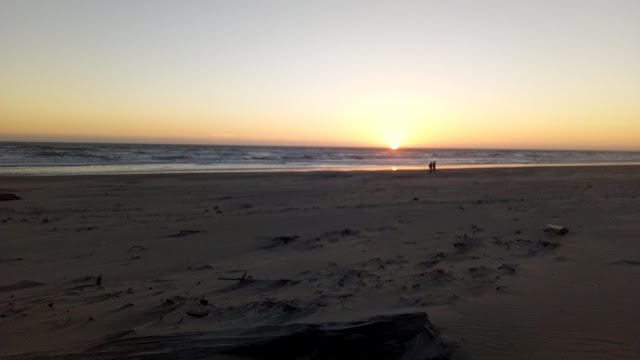 Today I clocked over 1000 kms since I left Vancouver.