After getting myself sorted out gearwise and very little sleep and a lot of nerves, the time has come to start my bike adventure. My plan is to take the train from Seattle to Vancouver with Birdy, then start biking from there northwards. 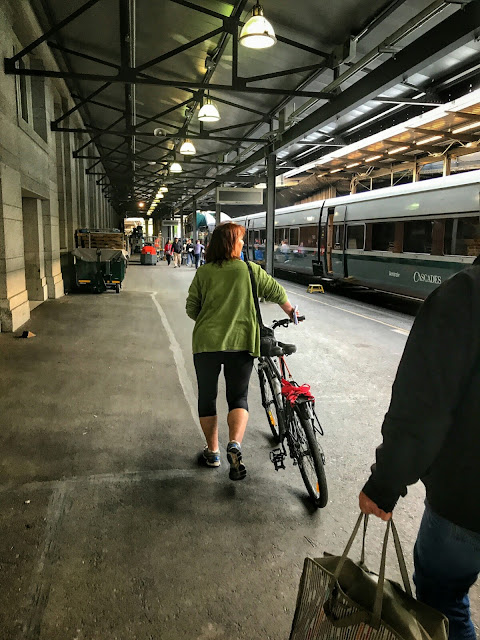 Had a great train trip up....I saw the San Juan Islands and thought to myself in a week or so I will be biking there. We also passed this bay where there must have been at least 40 bald eagles just hanging around the waters edge. 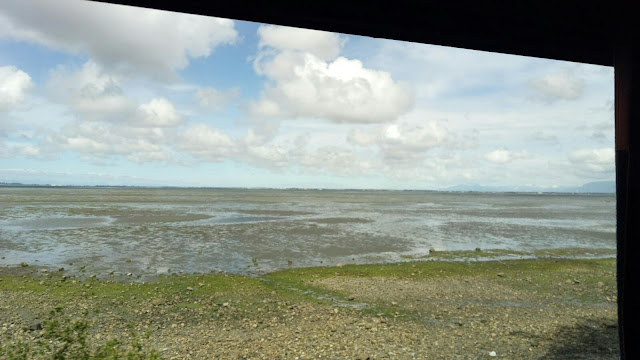 You can't see them in the photo but they are there!
Finally we pulled into Vancouver Railway Station. To say I was nervous would be an understatement. For someone who has never ridden in a city before and hardly ever ridden on the road, the prospect of getting to the hostel I had booked into was daunting, but luckily all I had to do was ride 2 blocks and then it was all bike path around the harbour foreshore. 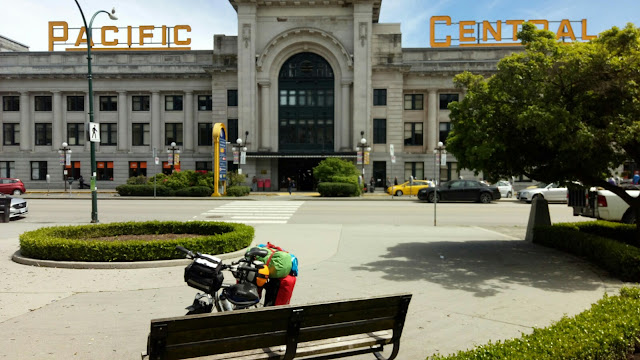 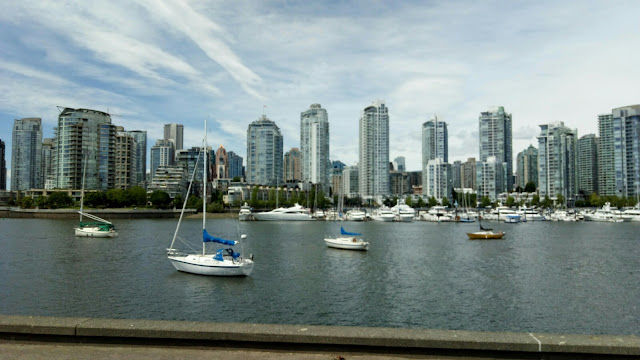 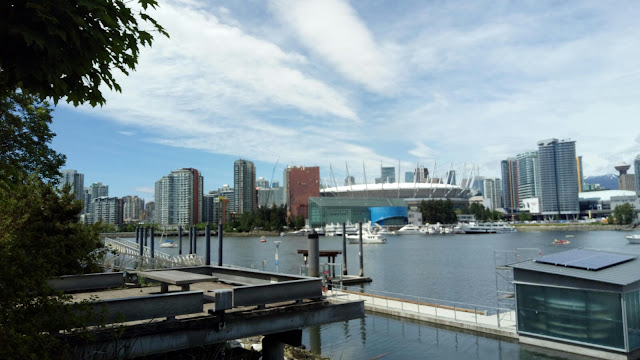 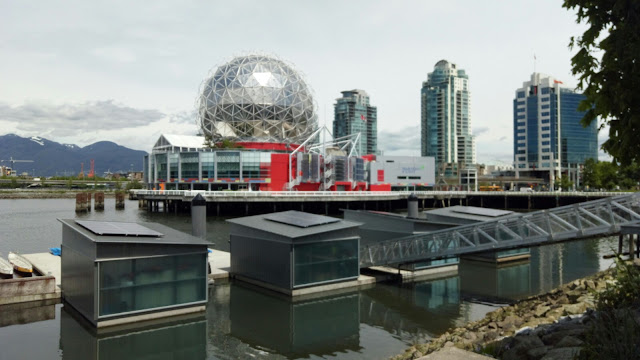 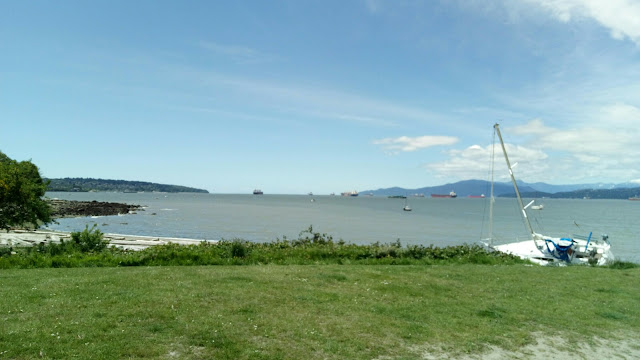 Made it to the hostel with no mishaps, only had to ask directions once. 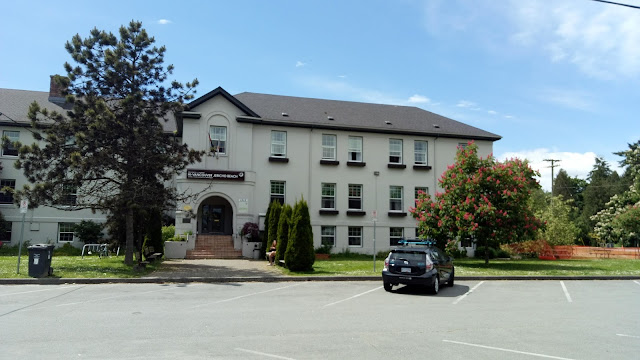 Spent two nights here getting some gear I needed, so I didn't have the chance to have a good look around Vancouver. From what I did see it looks like a really nice city and somewhere worth exploring. Also I was getting so nervous about the start of my trip, that I doubt I would have enjoyed a day sightseeing.
I got some sleep that night, but if course kept waking up wondering what I was doing and why wasn't I tucked up safe at home!
Finally its time. I left the hostel early....6.30am as I didn't want to get caught in any peak hour traffic. 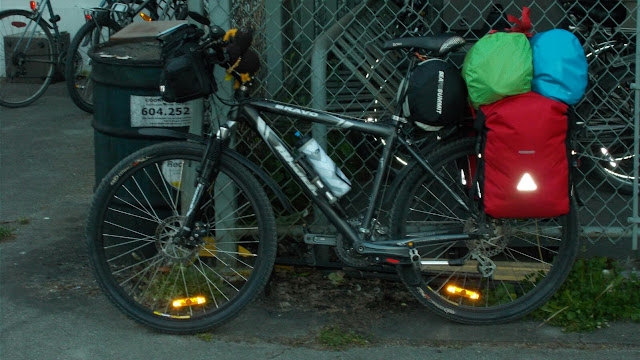 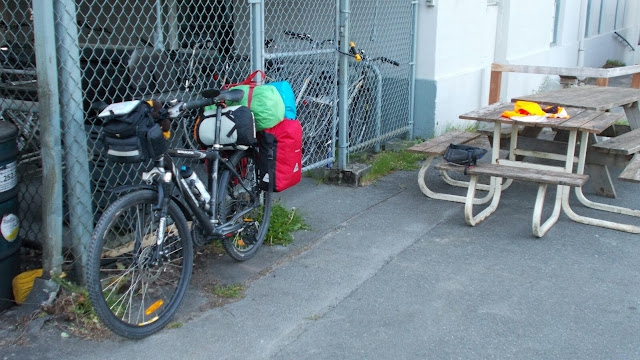 Not the most salubrious place to start an adventure...the bike storage at the hostel.
So it was with a lot of nerves, a bit of excitement and probably a dose of bewilderment at what am I doing here, I set off to a place called Horseshoe Bay. I needed to catch a ferry to take me to Sechelt and the Porpoise Bay campground, my first overnight stop.
So it's goodbye Vancouver! 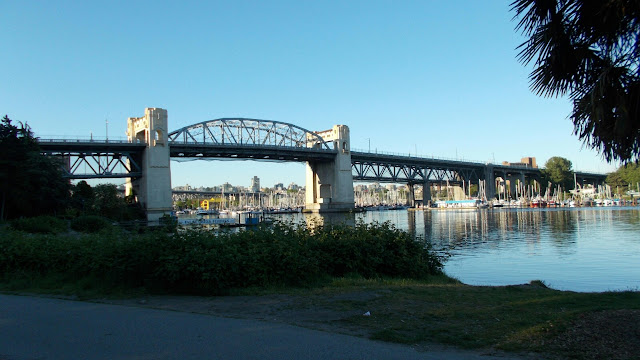 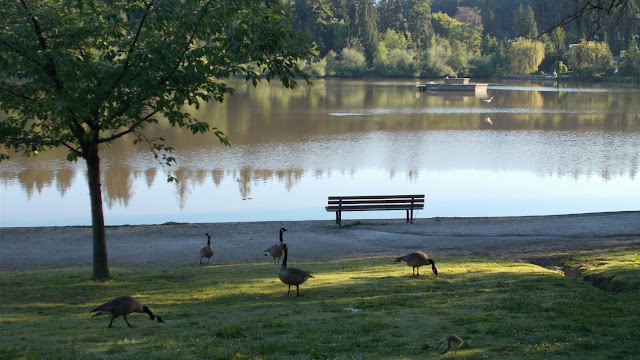 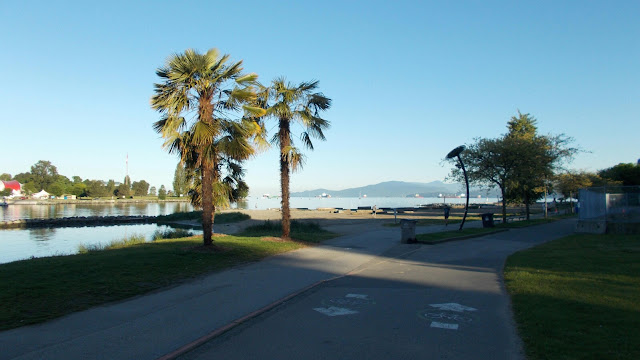 Vancouver has amazing bike paths and all my fears about cycling in city traffic were unfounded. I was on bike paths nearly the whole way to West Vancouver. I only got lost once in Stanley Park, so I did see more of the park than I intended. A friendly local put me in the right direction and the rest of the trip to Horseshoe Bay went without any mishaps. Even riding on a narrow road for a good part of it wasn't a huge problem. The drivers in Canada are so courteous to bikes. 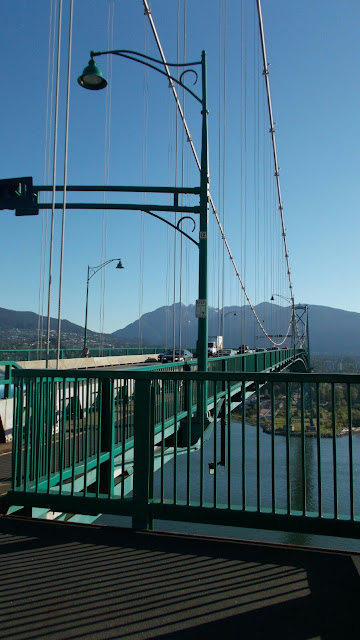 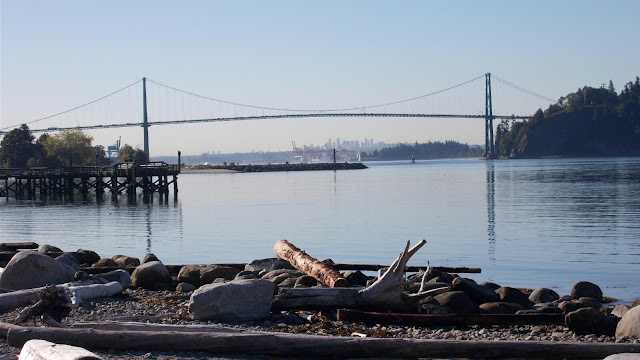 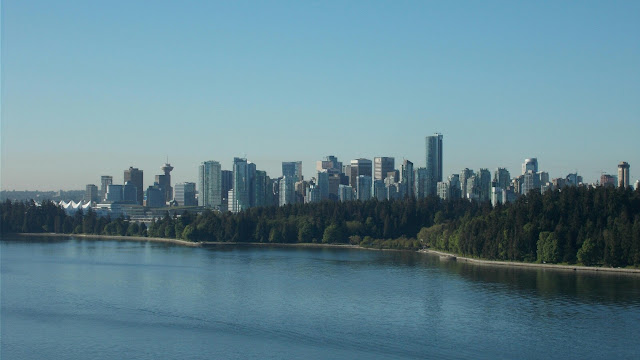 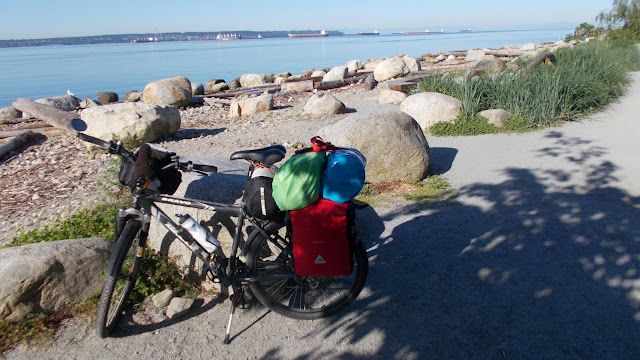 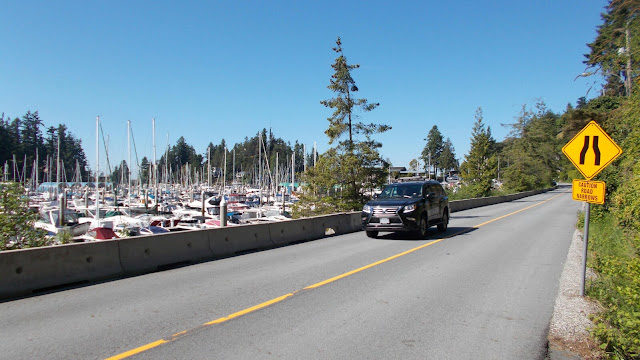 Got safely to Horseshoe Bay....it was so hot that a beer from the little cafe while waiting for my ferry, seemed to be the best idea.
Then it was onto the first ferry ride for Birdy and I. 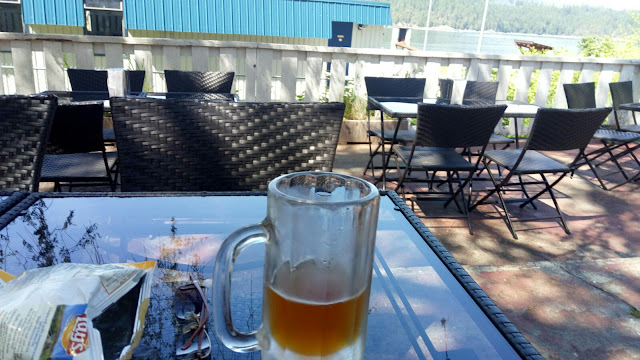 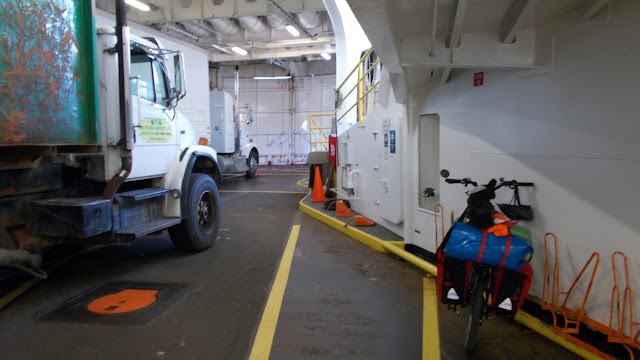 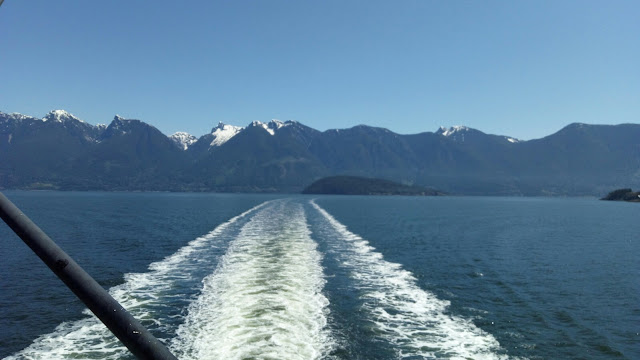 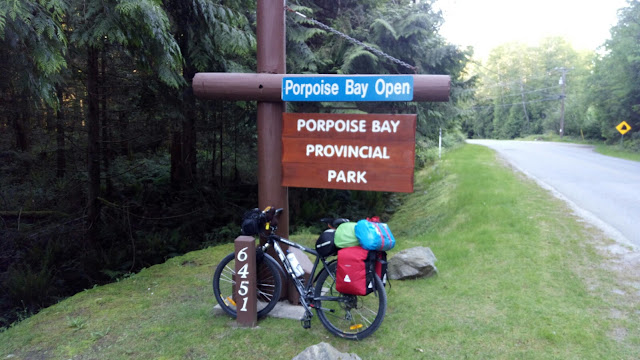 My first campsite and first meal. 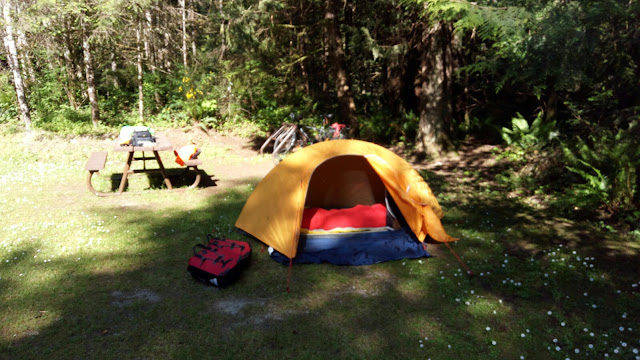 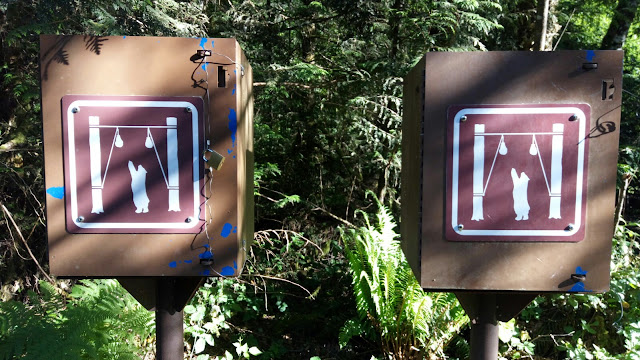 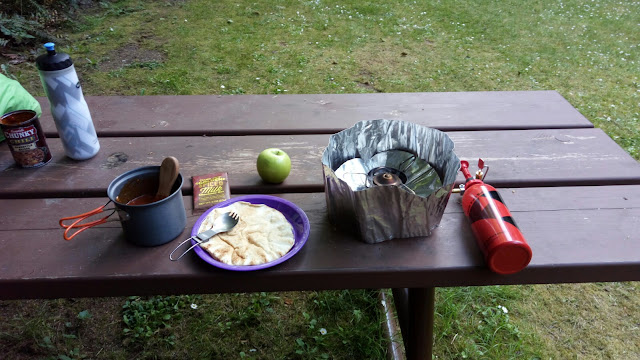 Porpoise Bay was a lovely spot and I decided to stay 2 nights. Since this really was my first time on my own, I just wanted a day to think and plan. Also I had done 70 kms after a week of too much eating and drinking, I needed a rest day!
Here's some photos of Porpoise Bay. 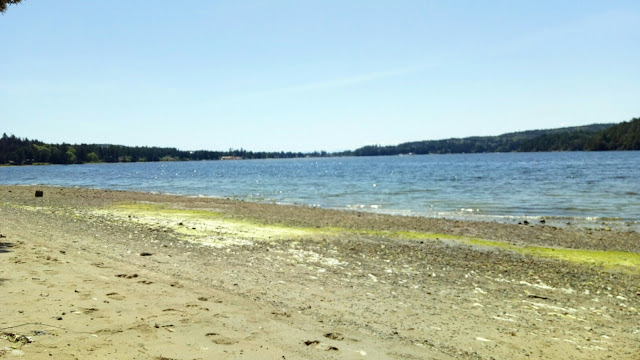 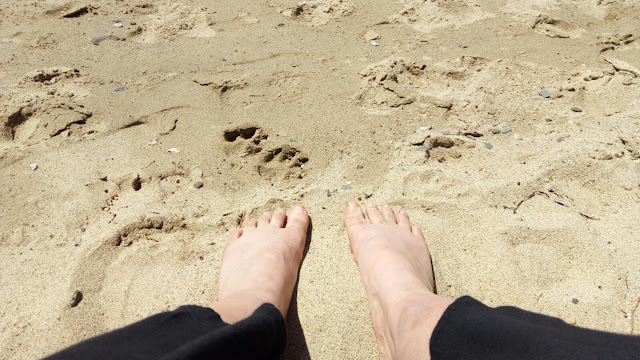 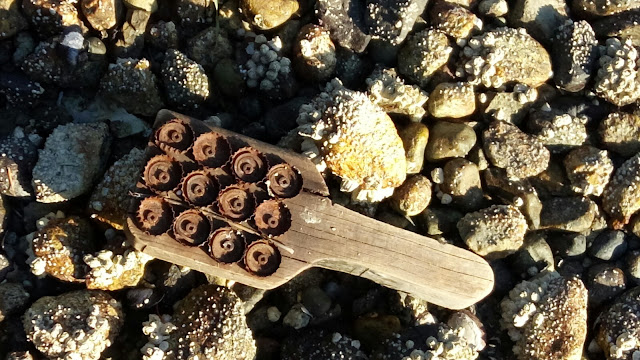 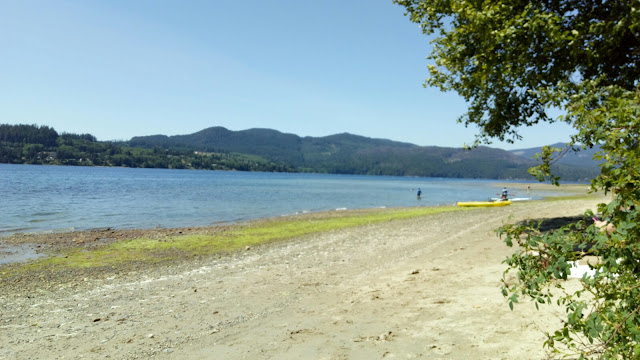 Next camp site is Saltery Creek and another ferry ride for Birdy and I.
Posted by Lindy Chinnery at 15:57