After a relaxing day at Porpoise Bay and still feeling a bit daunted by the traffic, I decided to get a ferry from Sechelt near Porpoise Bay to my next campsite at Saltery Creek Provincial Park. I had checked the schedule and saw a ferry left Sechelt (Earls Cove) at 10 am. So I rode leisurely around town having a look, but then had trouble finding the ferry terminal. Turns out that the ferry left from a place called Earls Cove...66kms away! So I had no choice but to bike. Went to a bakery and loaded up on snacks and headed off.
I'm so glad this mistake happened, it was a great ride and really gave me the confidence riding on the road. The weather was lovely and hot, great day riding to the ferry. 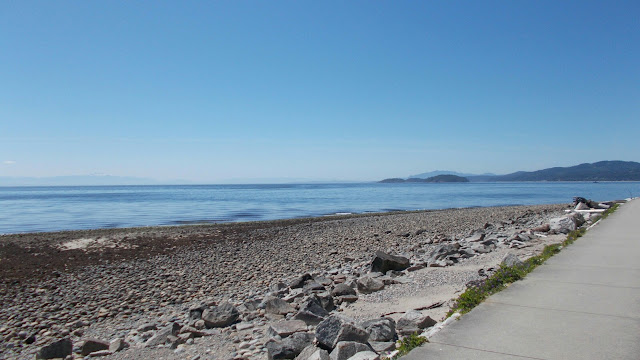 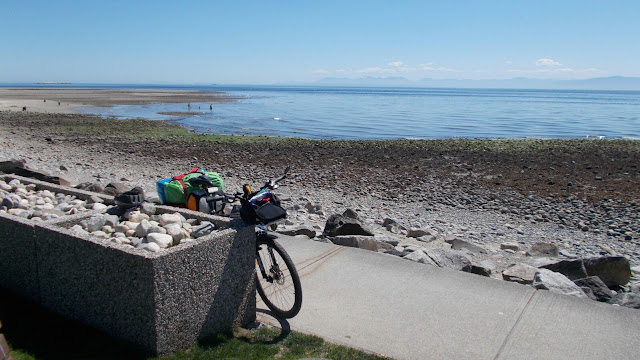 It was so cool seeing Birdy lined up at the front of the ferry with all the Harleys! 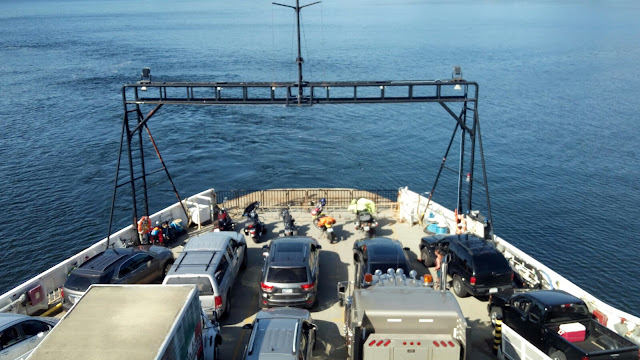 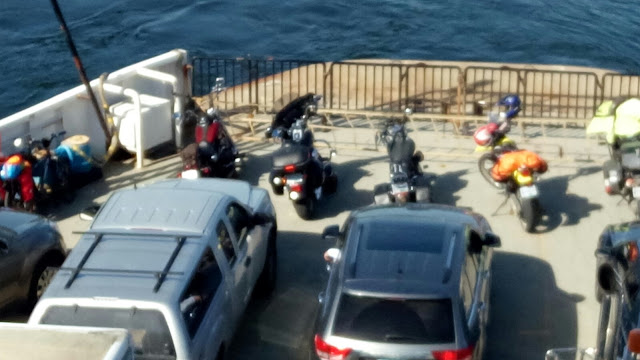 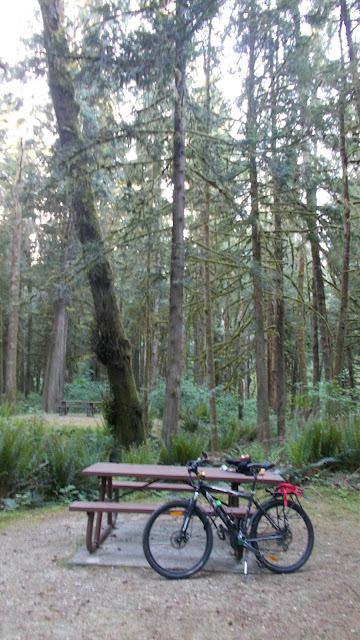 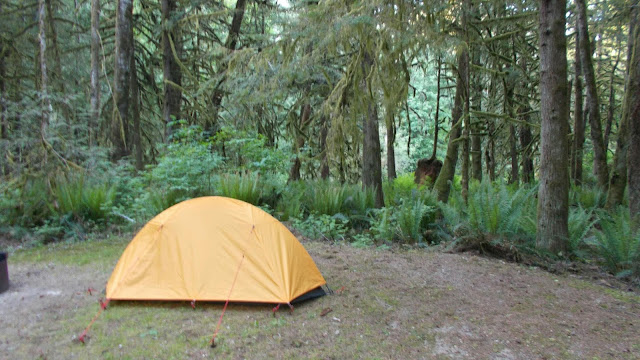 Campsite at Saltery Bay. I had nice neighbours at this campsite who put my food bag in their car, away from bears and raccoons. 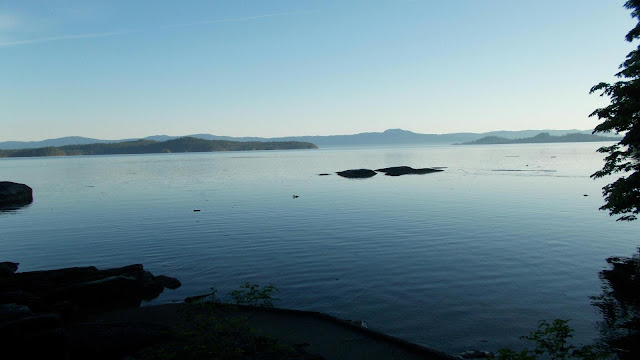 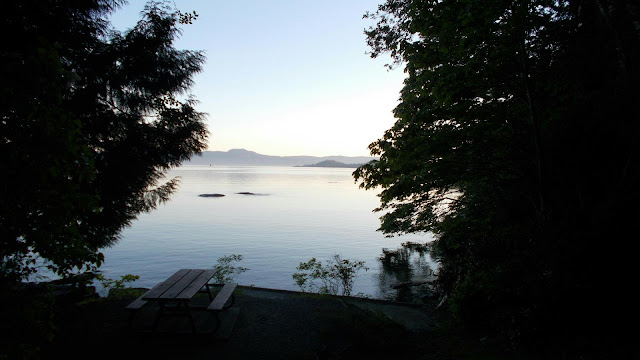 I stayed one night here then headed off to Powell River, my northern most point on this trip. It was a nice, easy 33km ride and mostly enjoyable. Most of the views were blocked by large tracts of trees. I'm assuming this is a big logging area, though I never saw any logging trucks on the road. 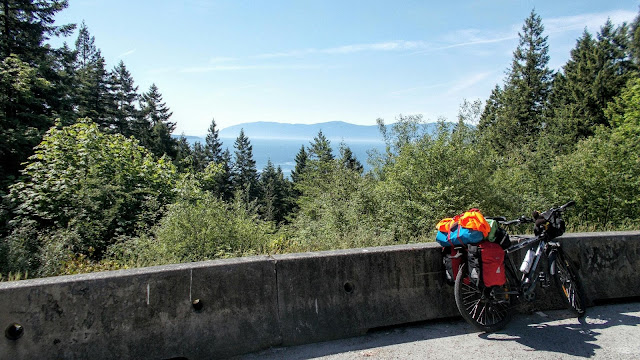 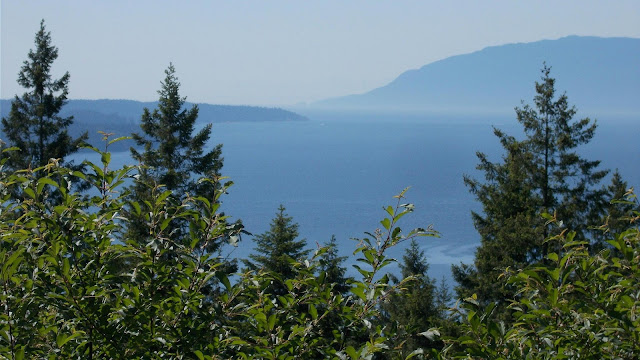 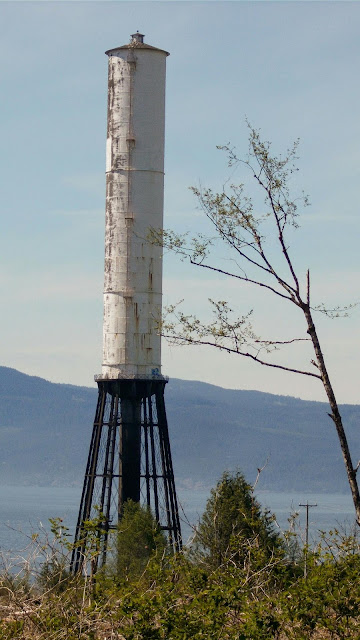 I had been told by a guy on the ferry earlier that there was a good bike shop on the outskirts of Powell River. Birdy needed a bit of tweeking and so did I! My saddle wasn't doing my butt any favours, so time to buy a different one.
Its fine doing 2 days of 60km, but day after day I knew my butt needed more comfort!! 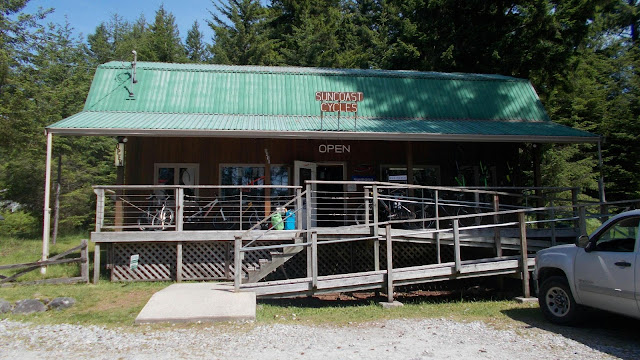 Suncoast cycles did a great job with Birdy and I would recommend them if you are in the area and need any work done.

Made it into Powell River and decided to stay at the Powell River Hostel. Its a really nice place, clean and cheery with a great terrace and lovely views. Perfect place for me to eat some Thai food, drink wine and watch the sun go down over Vancouver Island. 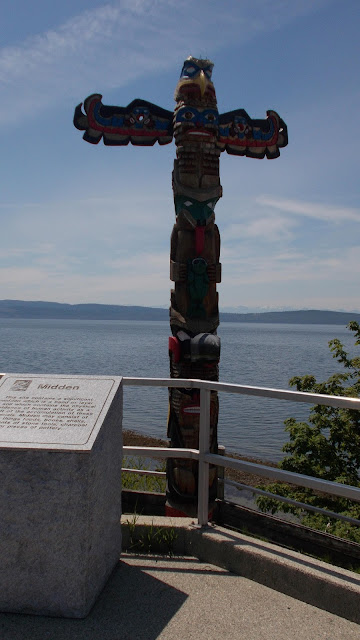 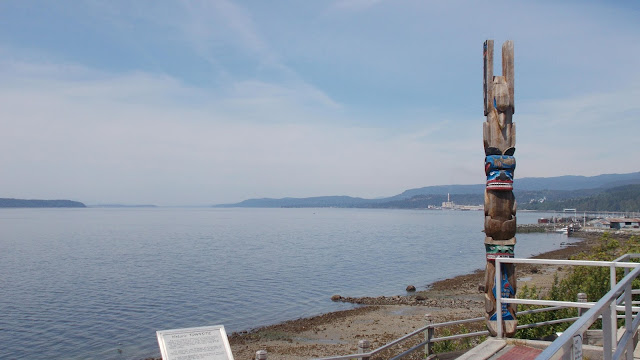 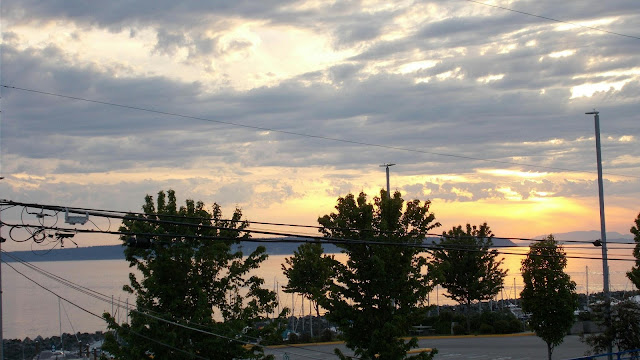 Spent 2 nights here....it was the same price as a camping ground. Edwin the owner is very helpful and it was also a good chance to catch up on washing and to make some plans for the next few days.
Went to a funky cafe called Base Camp and finally met some other touring cyclists. Unfortunately, they were all going the opposite direction to me.
So far everything is going well, all the fears I had about isolated camping, traffic, hills haven't materialised. There have been some challenges...mainly not having anyone to share things with. It can get a bit lonely at times, but all the messages from home and being able to Skype alleviates that a bit.
The trip has been nothing like I thought it would be, the riding is so much easier than what I thought. All my training on Waipori Hill and Jacobs Ladder is paying off! 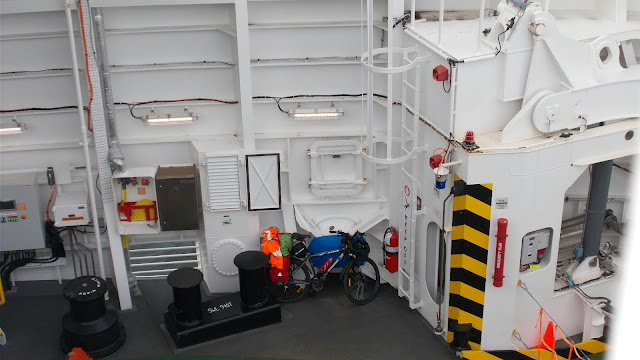 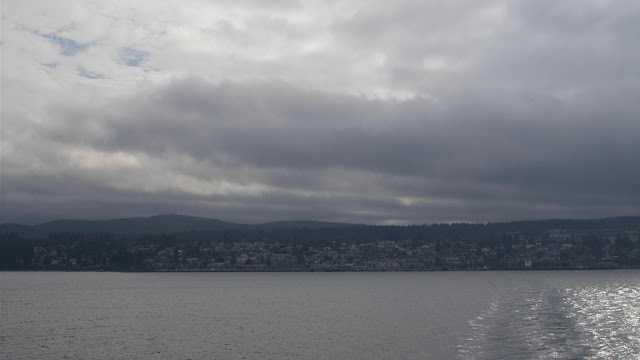 Another ferry ride for Birdy and I to Vancouver Island. Goodbye Powell River.... Hello Comox. 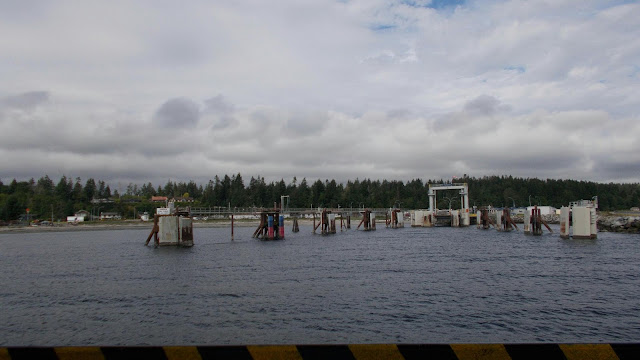