After a great stay on Salt Spring Island, it was back to Vancouver Island and a town called Sidney. I had the luxury of being hosted via the warm showers organization (its like couch surfing but for touring cyclists) by Bob, Shaevaun and Ziggy...the 4 legged member of the family. It was great staying with them, I arrived to a full on jam session going off with guitars, ukuleles and fiddle and I was handed an icy cold Margarita! Perfect!
It was so nice to have some home comforts like a proper towel instead of the little chamois towel I have.
I stayed 2 nights here, mainly because I wanted to visit Victoria and there is is a bike trail all the way. But then I decided to have a day off riding, and caught a bus into Victoria. I'm glad I did...it was a busy city and very bike friendly but I still don't find city riding enjoyable. 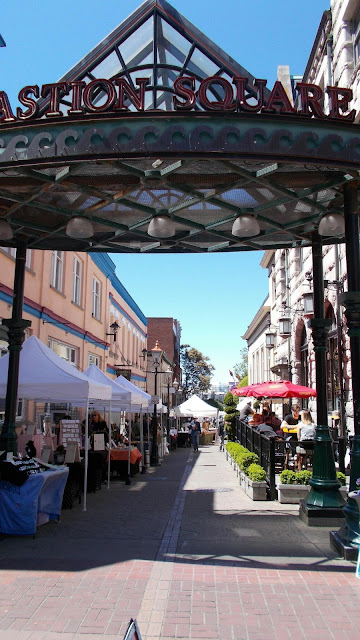 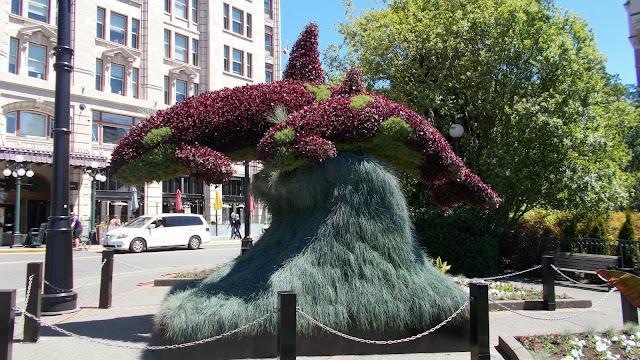 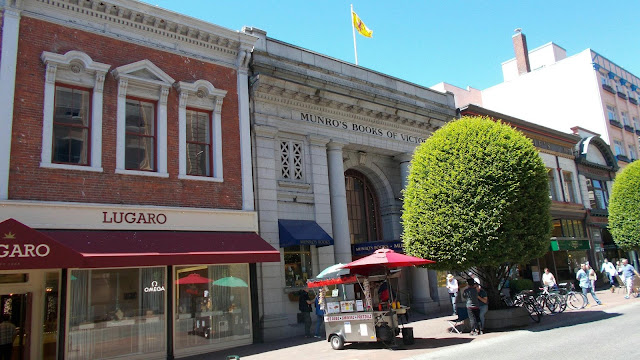 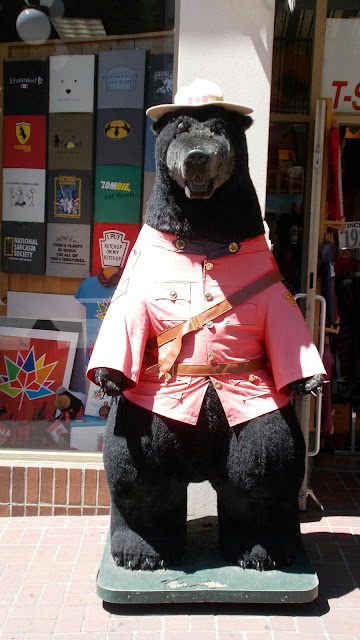 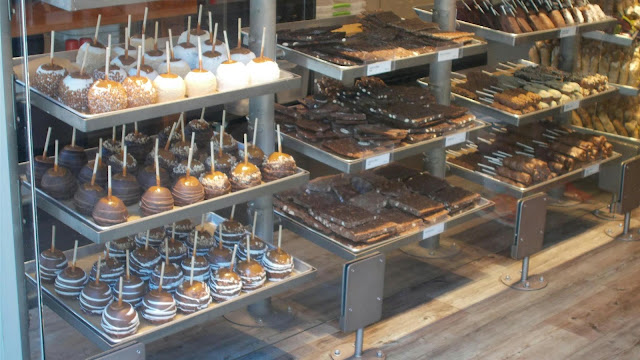 Photos above are just some random pics of Victoria and yes! I had a giant toffee apple.
Victoria is a gorgeous city and the most famous building would have to be the Legislative House. I took a guided tour around it and it has been fully restored in the past few years. A beautiful building inside and out. 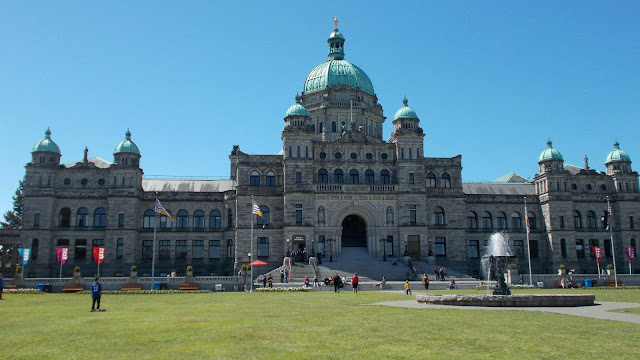 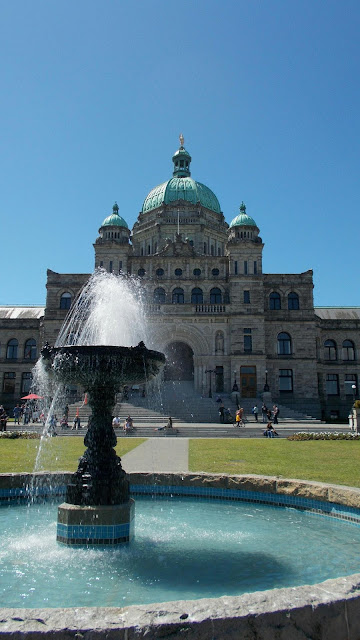 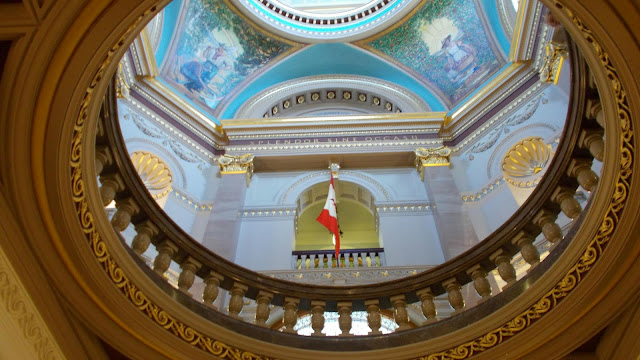 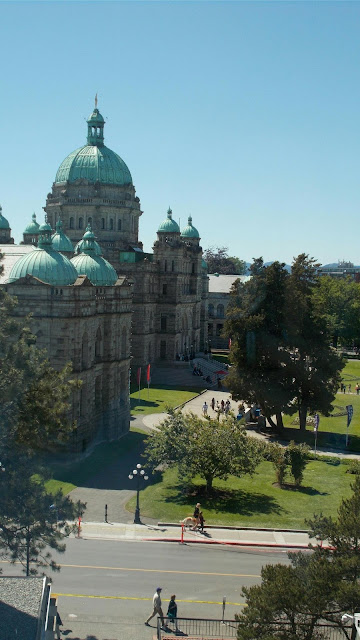 One of my "must sees" in Victoria was the British Colombia Museum. I spent over 2 hours wandering around. 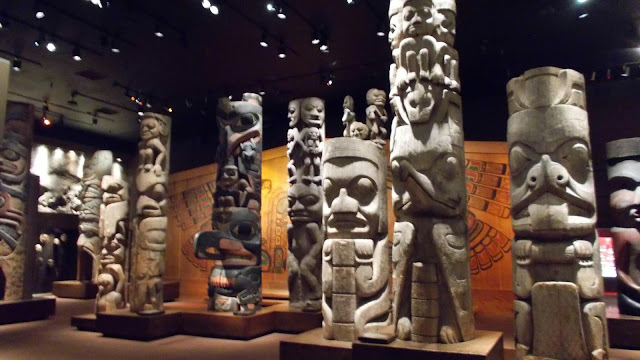 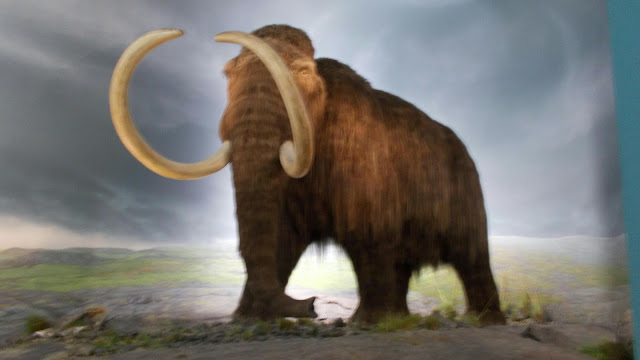 Then it was back to Sidney and I treated myself to a very good seafood dinner. The seafood so far on this trip has been so fresh and cheap compared to what we pay at home... its hard to resist!
Sidney has all these really cool sculptures down by the waterfront where I ate. 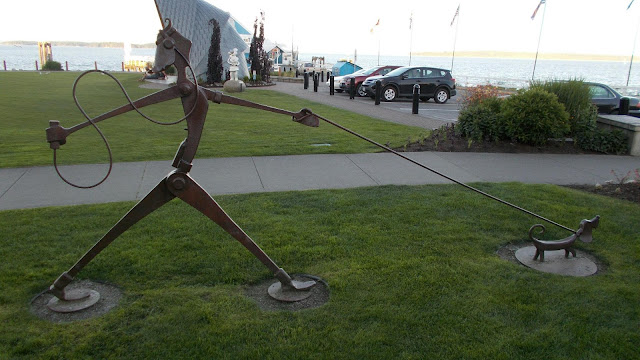 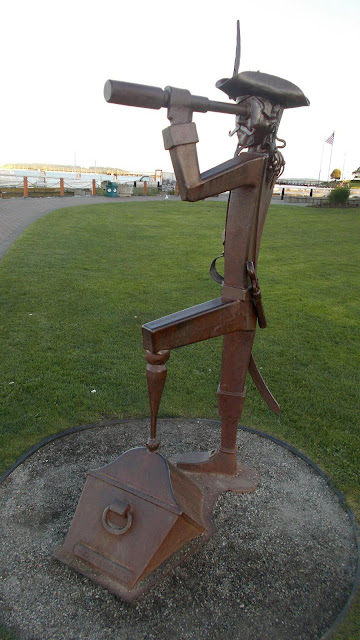 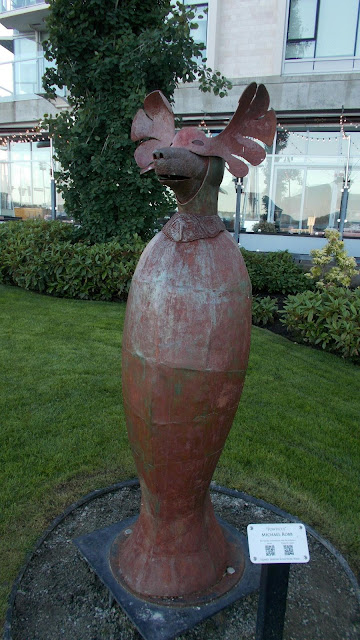 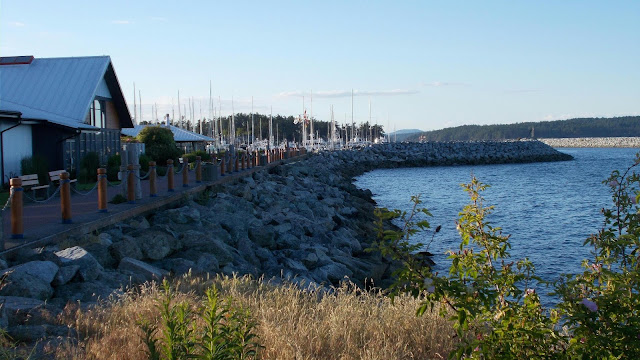 And that's the end of my Canadian Adventure...approx 420 kms. 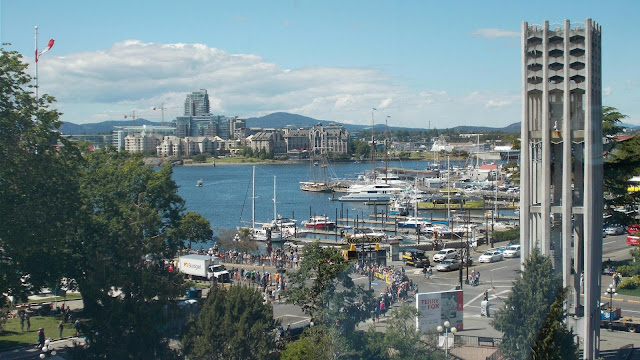 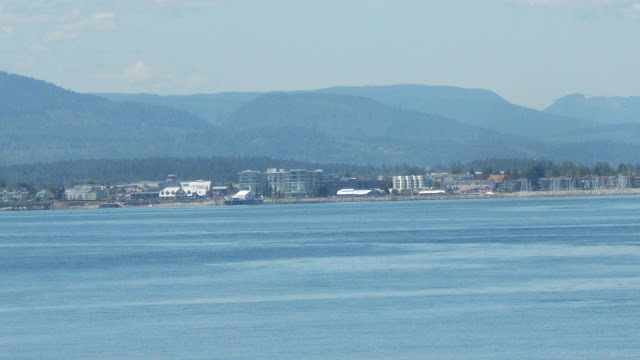 Top photo is Victoria and bottom one is my last view of Canada.
Next ferry ride will take me to the San Juan Islands and back into the USA.
Posted by Lindy Chinnery at 11:33